In Matthew 23 the entire chapter is a scathing, tirade against the hypocrisy and pride of the religious leaders of the day.  In harsh, descriptive terms and in visual language Jesus rebukes the clergy class of Jerusalem. With penetrating, biting vocabulary He openly and publicly criticizes their self-inflated pride and their ability to twist everything from vocabulary to religious rituals for their own purposes.  Christ’s diatribe resounds to a crescendo as He condemns them as vipers bound for hell (v.33).

Yet, as the sting of His words are still in the air we see a glimpse into the loving, compassionate heart of the God of the universe…

37 “O Jerusalem, Jerusalem, the one who kills the prophets and stones those who are sent to her! How often I wanted to gather your children together, as a hen gathers her chicks under her wings, but you were not willing! (Matthew 23:37) 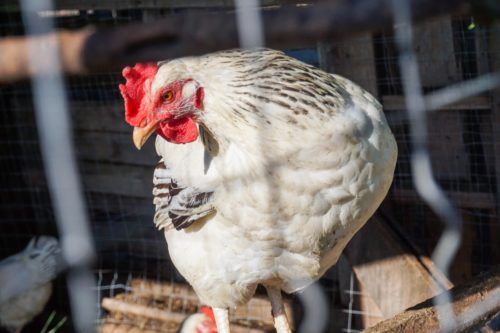 What could have been.

What made the difference?

The will of man.

Continuing in beautiful, visual language, Jesus relates that it is God’s desire to lovingly pull in Jerusalem’s humanity close to himself.  There it would truly be protected and loved.  It would thrive under the wing of the Savior.  But, their will was not there.

There is a scholarly camp within Christianity that promotes a theology that God pre-chooses who will become children of God and that human will cannot play a part in that process.  Passages like this (and many others) combat that ideology.  The core of God’s desire will not preempt the willful choice of mankind.  This is God’s choice.  As the All-Powerful Creator He certainly could force whatever He desires.  He has the ability and authority to do so.  But, He chooses not to do that.  Seemingly, choosing rather to revel in mankind’s choice to choose Him.

Let’s run to the warm, loving and willing embrace of our heavenly Father.  It is His desire and it is our best choice!