A belief in something always results in some sort of response or action otherwise it is just a reasonable theory.

Salvation is more than just theory.  It is something we must receive (John 1:12)

Becoming a child of God produces transformation and that transformation bears fruit.  Hence the famous statement in the book of James that “faith without works is dead” (James 2:17-20)

The life of a resolute disciple is one that is founded on the ability and actions of a capable Savior.  That capable Savior is able to aid and uphold us in the issues of life. By His sacrificial death and victorious resurrection, Jesus has demonstrated the means and the power necessary for us to be and live a life of victory.  Not one in our own ability or power, but in His.  Yet, too often we still struggle with the “if” of the Savior actively displaying that power on our behalf.

Below, in the story of the boy prone to fits of convulsions, Jesus erases the “if” factor regarding the potential for wholeness (both the boy’s and his father’s) …

21 So He asked his father, “How long has this been happening to him?”

And he said, “From childhood. 22 And often he has thrown him both into the fire and into the water to destroy him. But if You can do anything, have compassion on us and help us.”

23 Jesus said to him, “If you can believe, all things are possible to him who believes.”

24 Immediately the father of the child cried out and said with tears, “Lord, I believe; help my unbelief!”

25 When Jesus saw that the people came running together, He rebuked the unclean spirit, saying to it: “Deaf and dumb spirit, I command you, come out of him and enter him no more!”26 Then the spirit cried out, convulsed him greatly, and came out of him. And he became as one dead, so that many said, “He is dead.” 27 But Jesus took him by the hand and lifted him up, and he arose.

The man says to Jesus, “…if You can do anything, have compassion on us and help…”

In hindsight we see the absurdity of his statement.  Jesus would not have been present if front of the man if it wasn’t for His compassion.  And, the power to heal had been displayed multiple times already (and would ultimately be shown in Jesus rising from the dead as proof of His ability).

Jesus responds to the man, “If you can believe…”

The man’s response is revealingly transparent and relatable… “Lord, I believe; help my unbelief!”.  I am sorry to say that even after 30+ years in ministry this is still where I live.  I know (and have even experienced) the wonder of the Lord’s presence and power.  Yet, I still struggle to trust it in the issues of my own life.  Can you relate?

We believe that God is able but waver in the practicality of life where we live.  But this is where the Lord desires for us to exercise our belief… 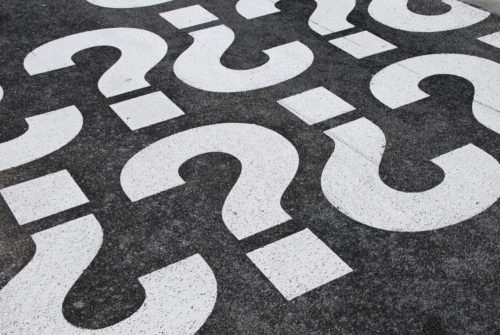 The man asked, acknowledged and was transparently honest. Jesus rewarded that honesty by healing his son. He took him by the hand and he arose.

Like this man, let’s be real with Him too.  “Lord, I believe; help my unbelief”.

When Jesus is involved there is no "if".